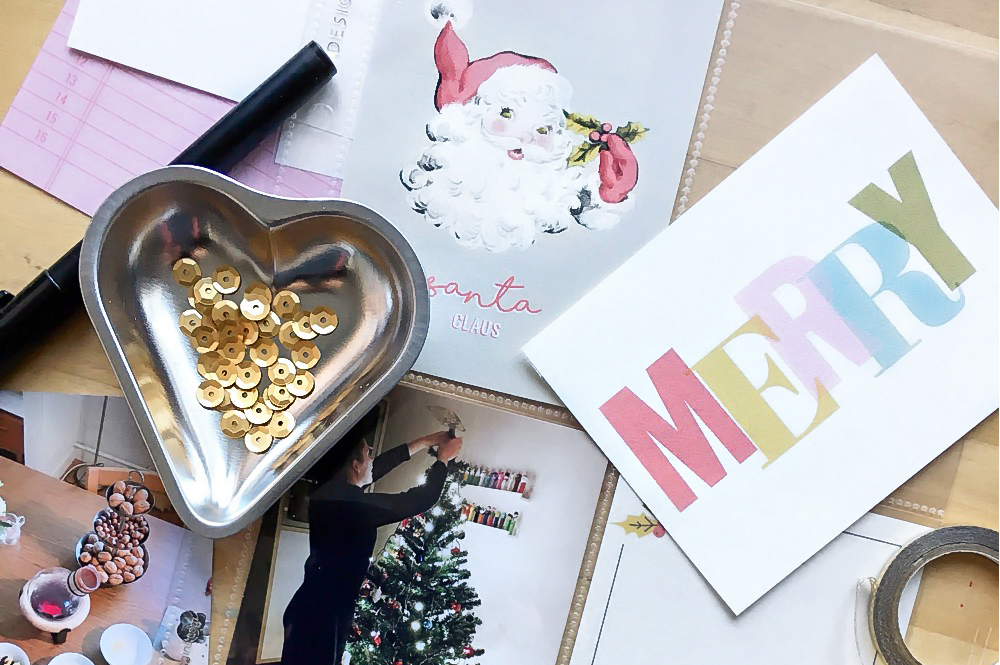 I’d like to inspire you to keep an annual December memories album. I know that many memory keepers are involved with the Ali Edwards December daily project, but this is something else. 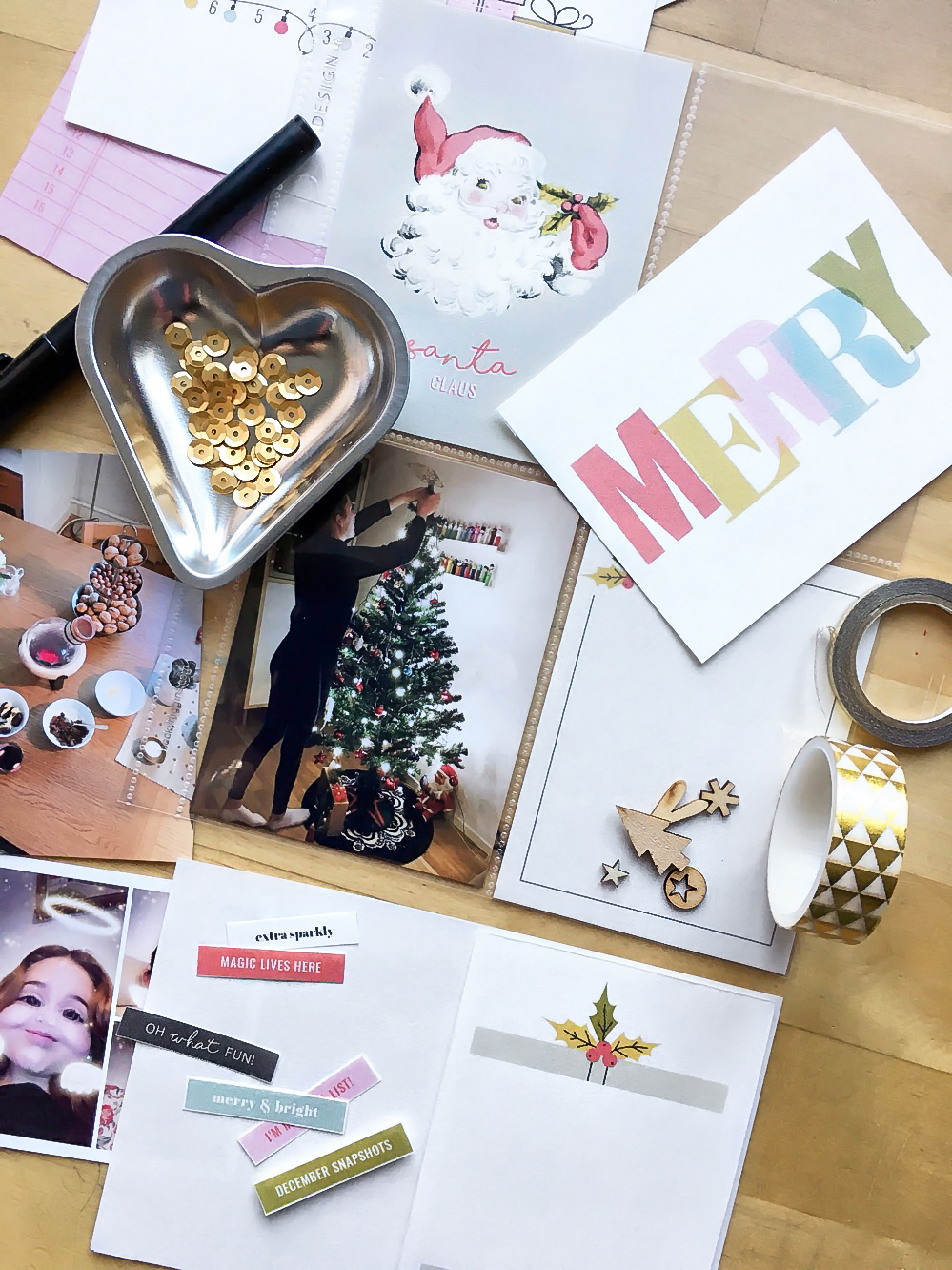 For 4 years I have been adding to a pocket album in 6×8″ size every December. I could fit 3 years of them in one album so this is not at all a daily project for the month or even a record every little thing kind of project. Now, my album holds traditions and memories that are indeed annual. 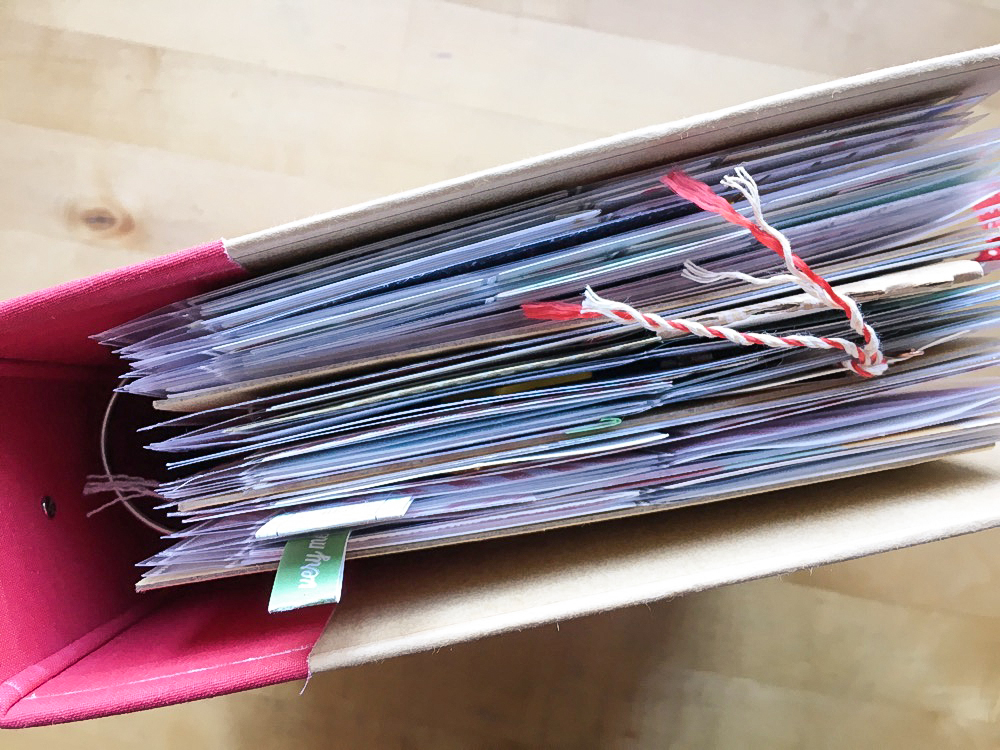 I know we as a family do very much of the same things every December, that is what a tradition is, right? But I do want to record those traditions because the people may vary or where we spend Christmas etc. 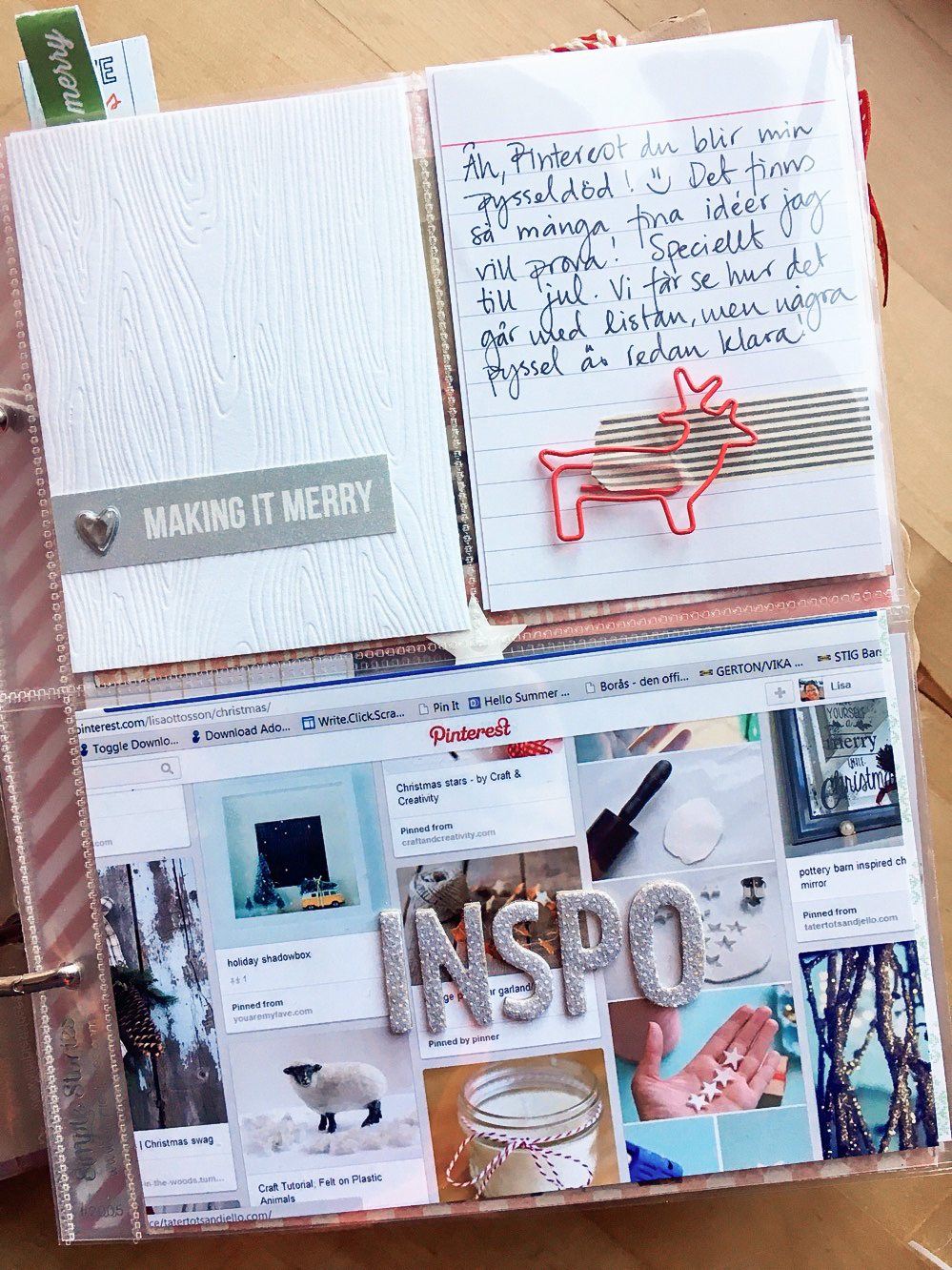 So what do I have in my annual album? One of the things I always include in my album is some sort of proof of what inspired me that year. It can be a photo of catalogs or an image or it can be a screenshot from my Pinterest board for Christmas ideas. For me it says so much of where I was in life to see what I was inspired by. 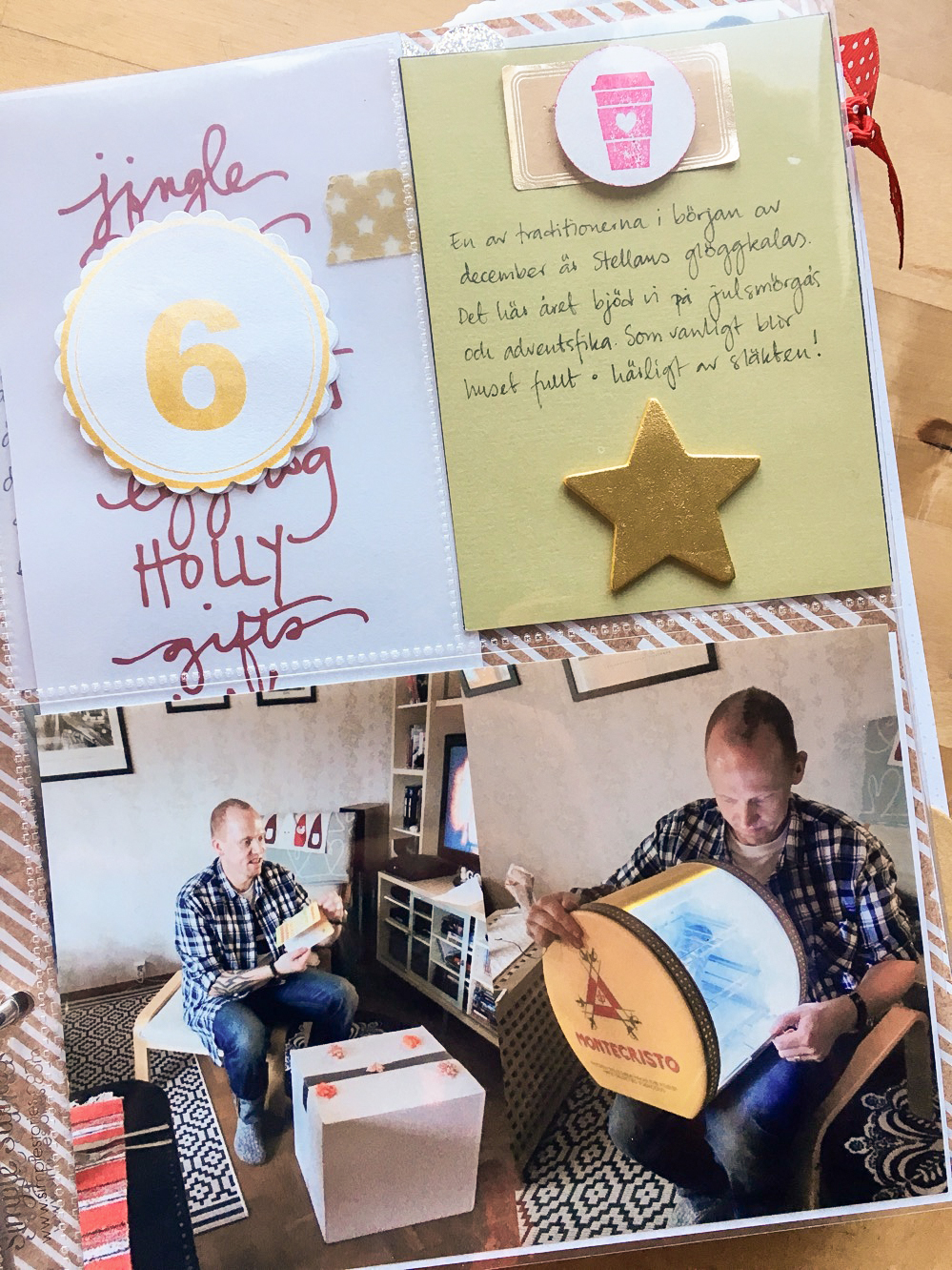 The second thing that is always in the album is our December birthdays. We have 3 birthdays in the month and it is so much fun to see how we celebrated, who was there and the fun gifts. 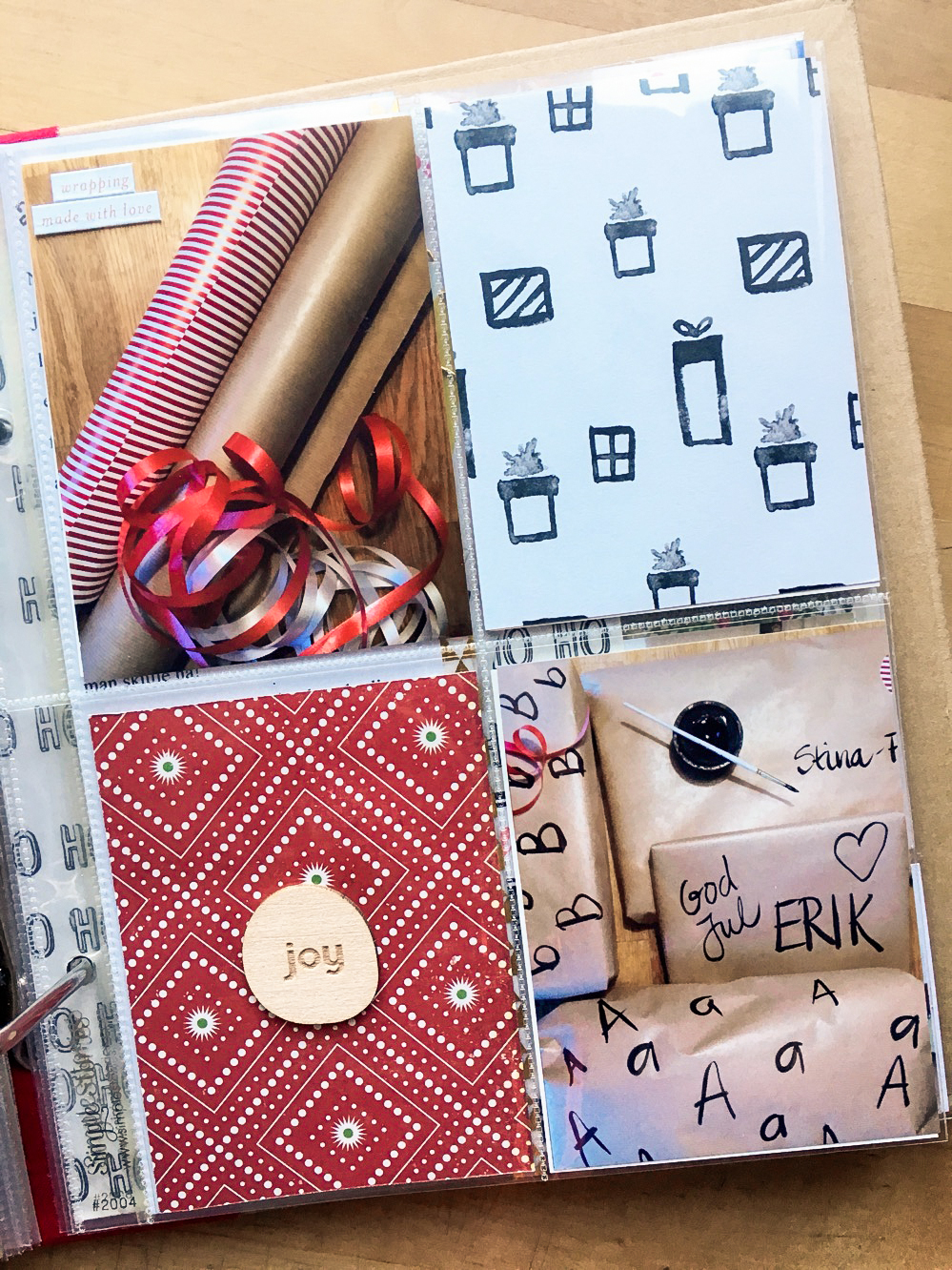 The third thing that I always include is the wrapping paper we used that year. I love wrapping gifts so this is very special to me. One year I included a small sample of each paper other years I have taken photos of the gifts. 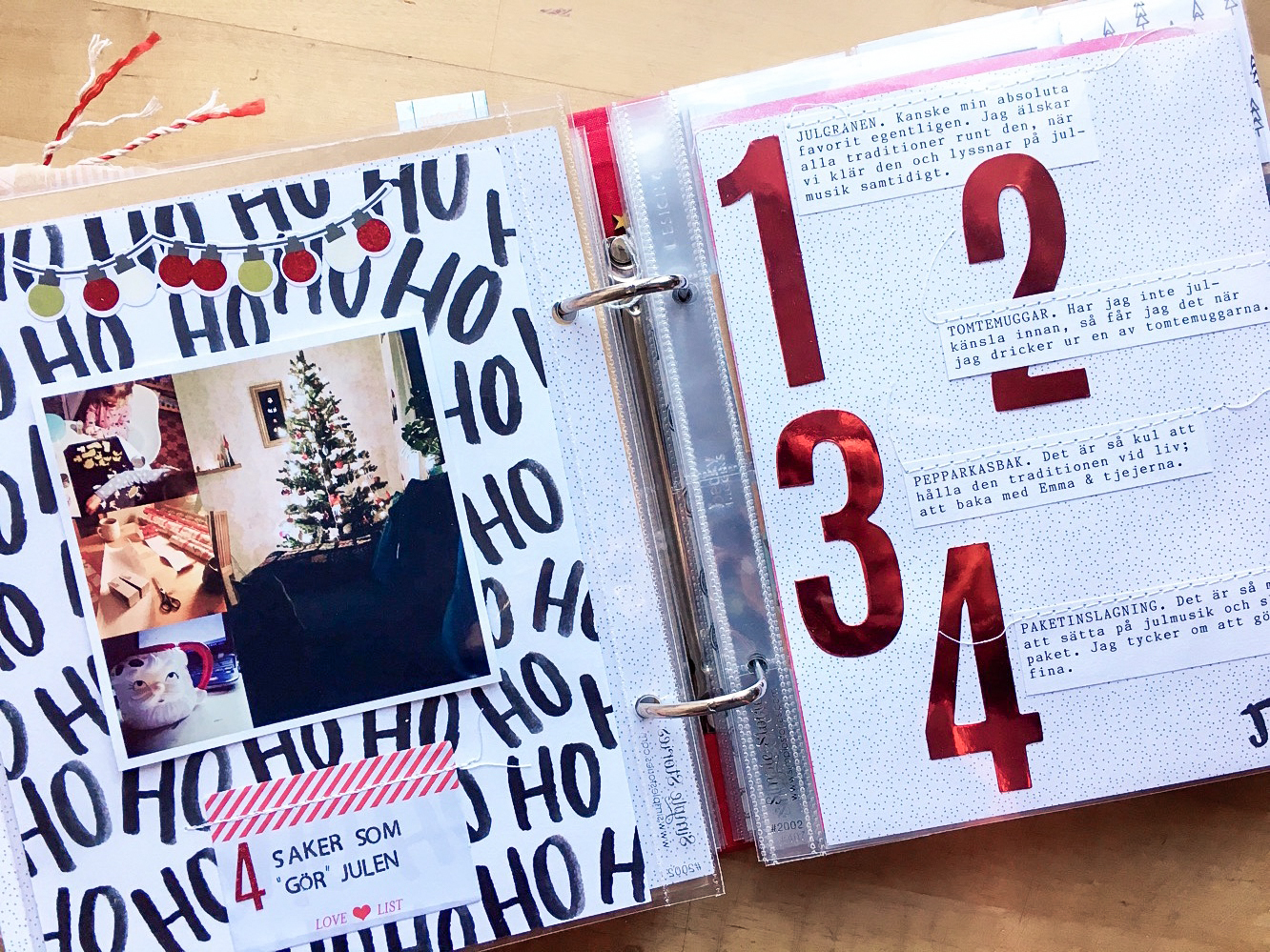 But the album also holds other memories such as what kind of tree we got that year, real or artificial, how we decorate the house, what new decoration pieces we bought that year, and how our Holiday cards looked. I also like to include copies of the kid´s wish lists as I love to see how their handwriting changes over the years! 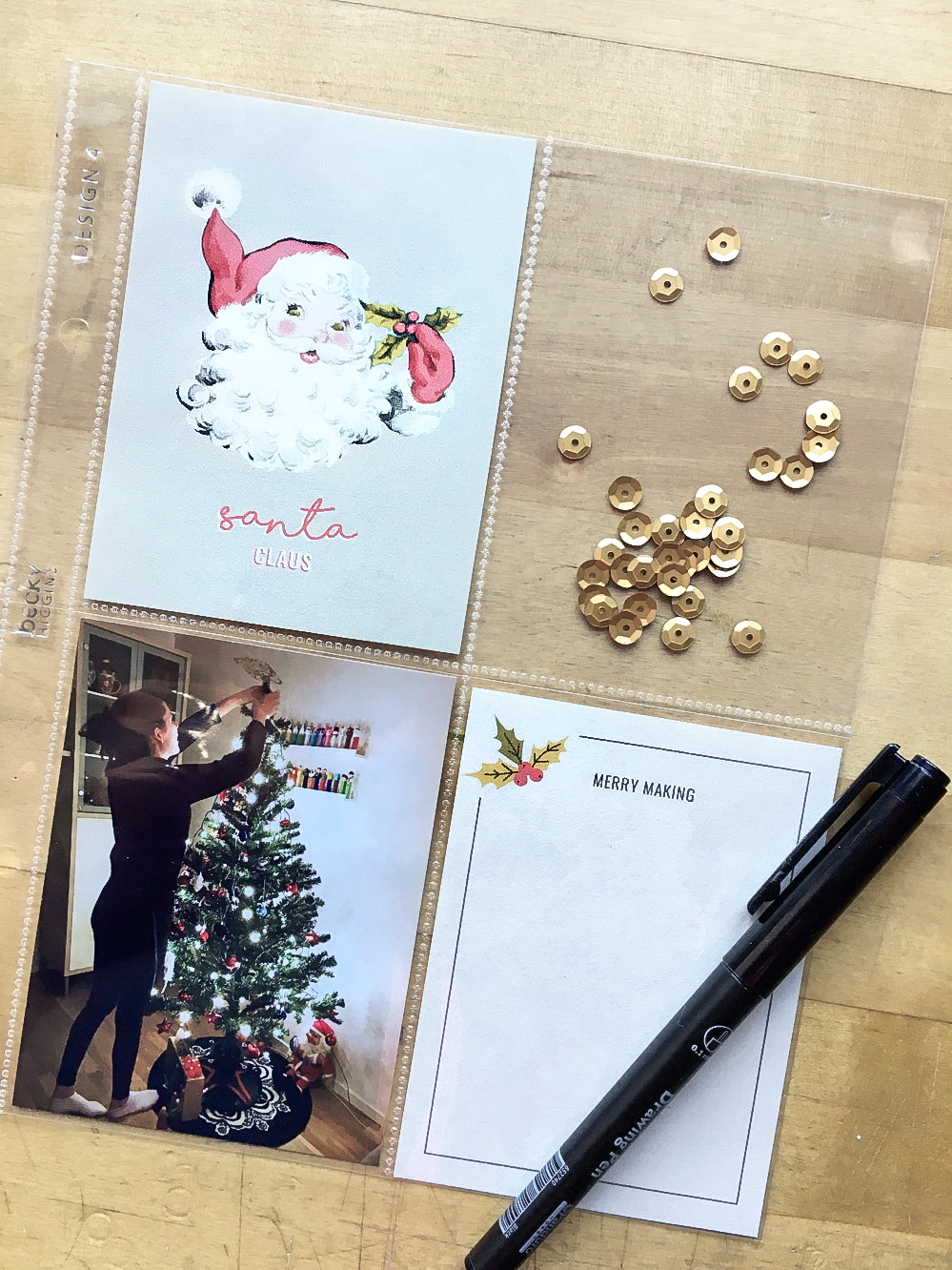 For all of my daughter’s life we have had the same tree topper and as we decorated the tree last year we saw that it had become more than a little worn out and wasn’t holding up so good anymore. And as she turned 18 this year and is legally an adult, we decided this was the year we were going to buy a new tree topper. In last year’s entry I journaled a longer piece about this, feeling a bit sentimental about this fact. So, you see there are many stories that are the same year after year, but still different. 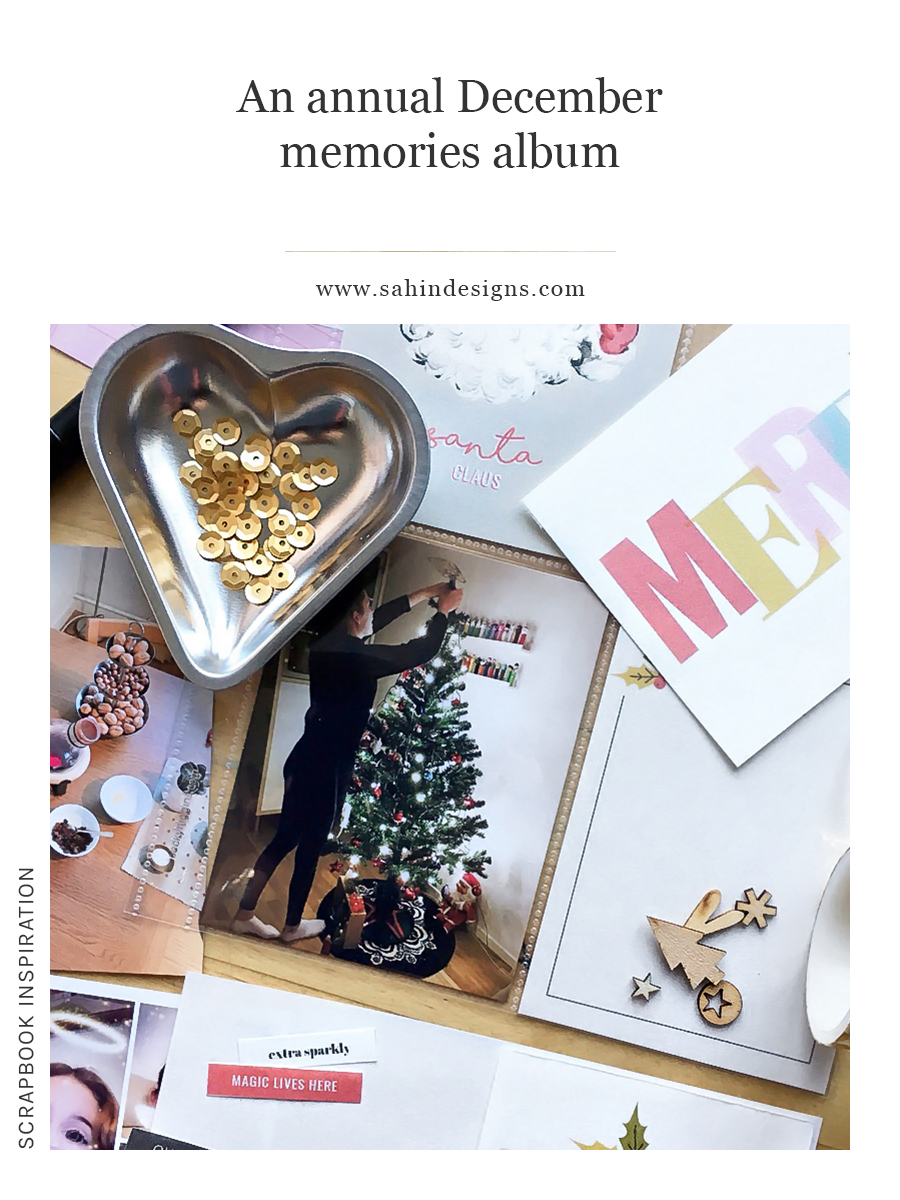 Lisa is a hybrid scrapbooker who loves to knit, finding hearts in nature and dandelions. 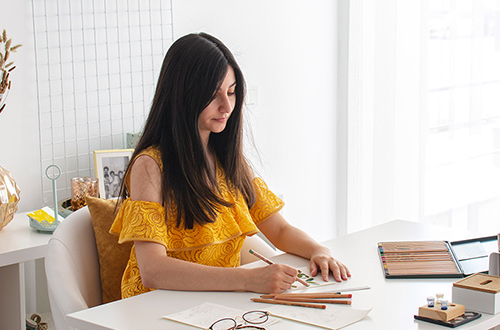 Hi there! I’m a graphic designer, memory keeper, and fond of simplicity. I love producing quality supplies that’ll make scrapbooking process easy and fun for you.

Get the Free Course
Got a question?

Got a question you want me to answer in a future article? Let me know here.